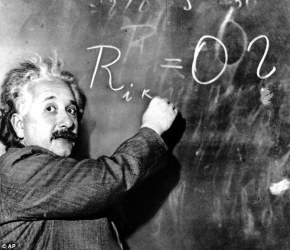 Albert Einstein is probably the most popular scientific figurehead in modern culture with his iconic messy hair and white lab coat. His image has been deemed by many people to be the stereotypical scientist. He is one of the favourite picks by young children to dress up for Halloween and his name is also a synonym of words such as “genius”. Additionally the very recent announcement of the detection of gravitational waves once again awakened people’s admiration for , however despite his immense popularity, most of the public have no idea what pioneering contributions he had made in the field of physics. Einstein’s breakthrough came from his work on Gravitation through his developments of two successful theories: Special and General theory of Relativity, with General Relativity becoming one of the two great pillars of modern physics, the other being Quantum Theory. In this post I will attempt to cover the basic concepts of Special Relativity.

What is special relativity?

To understand the theory it is necessary to keep clear in mind of the “absolutes”, to dismiss velocity and time as “absolutes” and comprehend that these values are independent to the specific observer. A simple example could be that a child standing on a football field is stationary in his own perspective, but to a space craft close to the Sun he is zooming past at thirty thousand kilometres per second with the Earth. It is important to notice that nothing in the Universe could be described as in absolute rest or absolute motion, everything is relative.

The Special Theory of Relativity combines the concepts Space and Time into one, Space-time and it is based upon two postulates.

Special Relativity is “special” in the sense of it only applying to objects moving in uniform motion, thus at a constant speed in a straight line. Relativistic effects are only apparent with objects that travel at extremely high velocities which means close to the speed of light – c.

We are all familiar with the equation: Speed=Distance/Time. One of the postulates of Special Relativity is that light speed is a constant, which gives an indication that either Time or Distance must alter, and in this case changes are noticed in the values for both Distance and Time to account for the consistency of c for all observers.

When an object is travelling at close to light speed, relativistic effects come into play and time dilation is one aspect. Consider a clock on a spaceship travelling at 0.9c. The “clock” is in fact a “light clock” and is hypothetical. It consists of two parallel facing mirrors separated by half the distance light travels in a second, so one second passes each time a light pulse is sent out from one mirror, strikes the opposite mirror and returns back. Let’s imagine this clock is replicated on Earth and synced beforehand. When comparing the two clocks, something odd is seen and that is the time it takes for the light pulse to make a round trip on the spaceship clock is much slower than for Earth.

Because of the high-speed motion of the spaceship, the light beam must travel a significantly greater distance in order to also keep up with the velocity of the spaceship itself, and from previous knowledge, light speed must always be the same consistent value, time has slowed down for everything on board the spaceship.

Another effect that would be perceived is length contraction. Length contraction is simply the difference in the length of an object as measured by a stationary and moving observer. Let’s bring back the Light Clock. When the light pulse makes a round trip on the clock it travels about 300 thousand kilometres when stationary on Earth. However at very high speeds, like 0.9c not only does time slow down, but the lengths of the moving objects also decrease, thus in this case the distance between the mirrors become a lot less than 150 thousand kilometres to account for the consistency of the speed of light.

Perhaps the most well-known thought experiment regarding Special Relativity is the Twin Paradox. It proposes the idea that one twin stays on Earth while the other flies off into space on a powerful rocket at close to light speed. The crux of the paradox is the difference in ages when the twin in the rocket returns. The twin on Earth sees the rocket fly past at close to light speed, and the clock hand on the rocket tick slower. The other twin sees the Earth fly past at close to light speed, the clock hand on her twin’s watch on Earth tick slower. Both perspectives are equally as valid as both are inertial reference frames and the laws of physics remain the same. Due to time dilation, when the twin returns to Earth she will believe her sister is younger than her, but her sister will believe the opposite, and that cannot happen. Solving the paradox requires knowledge from another closely related theory also developed by Einstein: General Relativity. When the twin on the rocket turns around to return to Earth, she must accelerate which means she would no longer stay in uniform motion and thus Special Relativity no longer applies to the situation. General Relativity states that time runs slower in an accelerated reference frame, therefore we can conclude that the twin on the rocket will in fact be younger than her twin when she returns home to Earth. 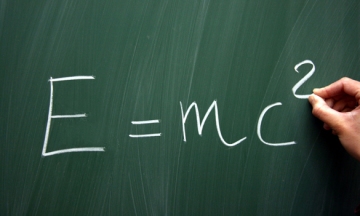 Special Relativity is difficult to imagine on a day to day practical level and many people struggle to think of any use of this theory, but there are many applications that have been revealed through its study. The development of GPS requires both Special and General Relativity to pin point our exact location on Earth. Theories such as Quantum Field Theory successfully blend together Special Relativity and Quantum Mechanics and is essential to understanding the nature of underlying constituents of the Universe. The famous mass and energy equivalence equation also arose from Special Relativity and yielded countless of substantial applications from nuclear reactors to PET scanning.

Susan is a 5th year high school student currently studying three STEM subjects at Scottish Higher level-Mathematics, Physics and Chemistry (Crash Course). She particularly loves ideas in cosmology and hopes to embark on an academic journey in the area of theoretical physics.

42 thoughts on “The Basics of Special Relativity”