Hey, Y’all! last week I attended the week long program, medic insight (which is as self-explanatory as it sounds) hence why I am late in posting and I have decided to share my experience for future aspiring medics. The program intends to allow fifth-year pupils in high school (i.e me) to experience the life of a typical medical student and much more. I have included their “About” page below so they can say for themselves. 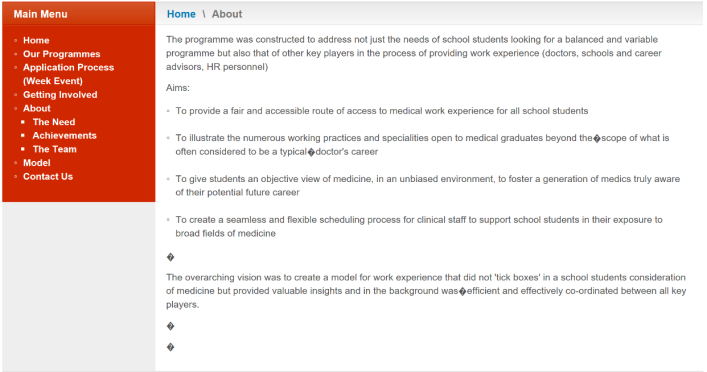 The Glasgow one I attended was only in its 3rd year running, a baby when compared to its Edinburgh and Dundee counterparts. The Glasgow program runs twice, I attended week 1 as seen from my name card. 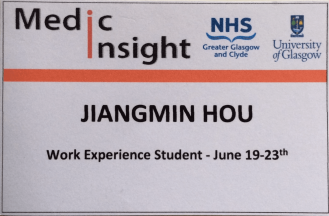 I felt one of the best things were how meticulously planned everything was, from tirelessly scouring through several hundred applications (from Glasgow alone!!!) in order to admit 50 lucky people for each week and giving each of them a personalised timetable. This was an impressive feat, considering it is run by Glasgow medics who have their own lectures and exams outside of organising Medic Insight.

From Monday to Friday each day was broadly split up into 3 parts, a session in the morning, lunch time for eating and travelling and a session in the afternoon. In truth the timetables were a bit of a hit or miss, depending on whether you were interested in the designated departments. However, fortunately, I adored mine probably because of the consultants I was able to shadow. Since every timetable was unique, I am only able to say for my own experience and the sessions everyone was at. Everyone also had their own designated free session during some time in the week. I had mine on Tuesday afternoon so I was able to convince my supervisor to stay for a full day in Radiology.

Below was my timetable, the organiser told me that she had organised placements which were within travel distance for me (whoop!) 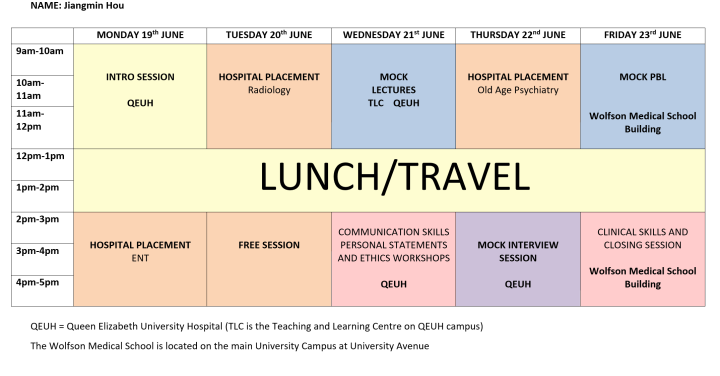 From a short glance, it is immediately apparent that most of our joint sessions were in the Queen Elizabeth, the largest hospital campus in Europe. This was another selling point for me as the TLC is used for Glasgow uni’s clinical teaching, if I were to apply for Glasgow then I would have already experienced their style of teaching and know what to expect.

During registration, everyone was given their own name cards, an A5 booklet detailing the entire program and a sign in sheet. As I had later learnt the sheet was for the council’s benefit as they needed a probable excuse for 50 school pupils to be out of school for a week, as one medic put it ‘doing something useful’.

The intro consisted of a variety of talks and activities, more importantly, it was super fun, unlike other boring school speeches. When I first arrived in the QEUH I was really nervous about what to expect, worried whether I was going to fit in as aspiring medics are often high achieving both in academic and extracurricular activities. Funnily enough, I actually found more people who were like myself, so looking back I would advise the future applicant to go out their way to talk with a variety of people. This is an extraordinary chance to exchange ideas about medicine courses and work experience with fellow aspiring medics.

We had our first welcome from the president of Medic Insight and recent medicine graduate of Glasgow. She was very friendly and knew exactly how to keep her talk engaging and not too long.

This was promptly followed (but not without technical problems) by another talk on ‘Applying to medicine’ which gave a current Glasgow medic’s approach to the whole process having been in our shoes before. Then came the ‘Pre-clinical years’ and the ‘Clinical years’ both presented by very capable by medics, these three talks were ideal in giving the realistic picture of med school beneath its glittering(ish) surface. This was, of course, helped along by a string of med school memes which I have so helpfully included below (…the House one really got me). 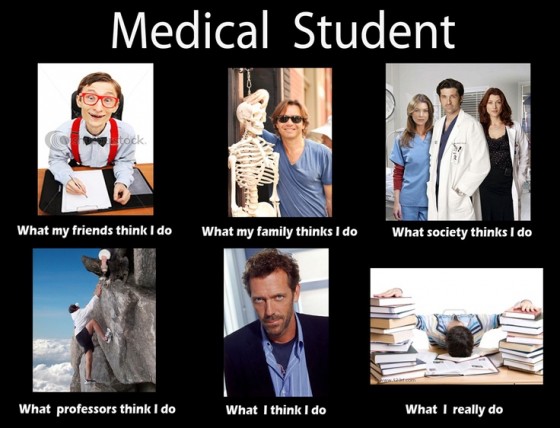 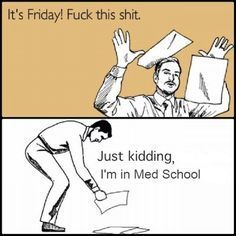 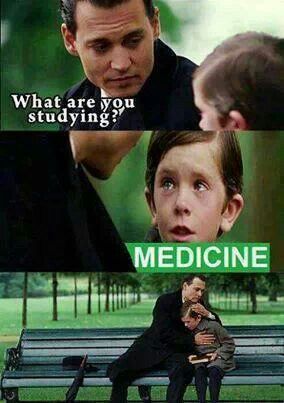 Our ‘Ice –breaker’ session started with us being split into groups which were conveniently written on the back of our booklets. We were instructed to construct skeletons out of plain paper and straws, yes that’s right manipulating those extremely un-human like tubes of plastic into something as complex as the skeletal outlines of a human being. Call me easily angered but I was determined to start the week on a medical note, none of this crafty business. In fact, this was great (not), no sellotape, actually no forms of any type of adhesive whatsoever and absolutely no way of attaching anything together. In the last few minutes of this timed monstrosity, we had to take the last resort, a dramatic attempt to tie everything in sight to one another. As you may have suspected, we didn’t do the best when judges awarded the prize. No, more specifically we came last.

Note: I have included only a snapshot of my experience at medic insight above. If this is something you are interested in you are more than welcome to request for me to include more similar future posts, instead of boring you with excess work experience recounts which you may or may not be interested in.