I’m excited to share with you a post from a potential new author Tito who could be joining the Passion For STEM team and focusing on Engineering topics.

Imagine a world where you could take a few dozen images of your brother’s head and within an hour have it delivered to your doorstep in titanium, or in chocolate, if you really wanted – I did it last week. That’s right ladies and gentlemen, that’s our world. Begin digression…

This niche of technology is called 3D scanning, and as already seen impactful use the medical field where doctors have taken multiple images of the severed damaged head of a patient and with the click of a button, transformed it into a 3-dimensional image on a computer screen. This allowed them to zoom in (X100) on blood vessels, rotate the image to assess damage on the chin, and pan over the skull to search for open wounds – all without physically manipulating the fragile and sensitive head. The gem of this technology, though fantastic, can be found at its intersection with 3D printing. Uploading this same head onto some 3D printing software can be done in the same time and be printed. If you were wondering – yes, you can also scan and print and THE Eiffel Tower. Digression over.

3D printing, developed by Chuck Hull in 1983, has since only gained serious traction within the last 10 years, as machines have become over 300 times cheaper. This increased accessibility to the public has paved the way for hobbyists and academics to take centre stage and push the boundaries of what was thought was possible. Since, the University of Southampton has designed and produced the first fully 3D-printed plane, a high-end restaurant in London called Food Ink have 3D printed cakes and Master’s Degree students at MIT printed an entire bungalow in under 24 hours. 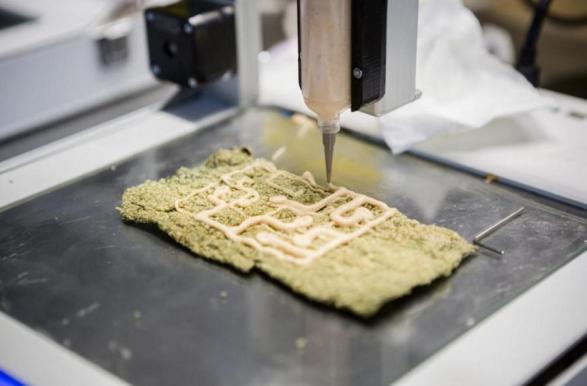 The basic technology behind 3D printing, technically called additive layer manufacturing (ALM), initially on ran on a method called stereolithography, but up to 6 further methods have been developed since then. ALM works by taking a computer design of an object, then “slicing” it up into hundreds or thousands of horizontal layers – increasing the number of slices increases the quality of the print. The printer then produces the 3D object by printing out these layers on top of each other from the bottom up to form the final product. 3D printing is seeing an increasing number of valuable, and very potentially life-changing uses, many of them gaining increasing support from governmental bodies.

To many, it would be of great difficulty to even imagine a functioning life without a hand or even hands. Though, that is what was the case in when a worker’s hands were crushed beyond repair after a powerful earthquake struck Kathmandu in 2015. Matthew Rockwell, the founder of Disaster Hack, a non-profit technology startup that is making functional prosthetic hands for those who couldn’t otherwise afford them, hauled 30 3D printers to the capital and lost no time in specifically designing the 3D printing prostheses for the worker and other victims. Simple traditional prosthesis, which at the time cost anywhere between £3,000 and $5,000, would have been an inconsiderable amount to the worker, being on a meagre salary. But by 3D printing the prosthetic limb, the costs were whittled down to about $30, a miracle and as well as a testament to Rockwell’s genius use of the technology. Rockwell then developed a plan to train hospital staff to use his programs and equipment and went on to start the country’s first bioengineering research and development centre.

It is almost impossible to communicate the degree of benefit to which aerospace and motorsport industries will continue to gain with the further application of 3D printing. Companies in the sector have clearly caught on as there have been increasing number high-performance machine manufacturers that are employing techniques not only to save money but also to save on material and therefore the environment. In another research and development centre, a little less than 5000 miles away, in Northern England, Rolls-Royce is preparing to flight test one of its jet engines fitted with what the company says is the largest component ever built using ALM. The Derby-based business has produced a 150cm diameter, 50cm thick – about the size of a tractor wheel – bearing for one its XWB engines which house 48 titanium aerofoils using the technique. The major benefits include the part being lighter and stronger – this means that less material can be used overall, saving up on fuel that would be used to carry that extra weight. More specifically, because the part is built from the ground up instead of from rigid-shaped parts, the material can be eliminated from areas of the part which did not have structural importance. Furthermore, money is saved on the cost of employing multiple stages to manufacture a part – a traditional 10 stages can be transformed into 1. 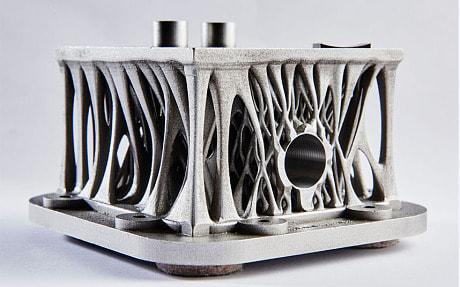 Formula Student, a student version of Formula 1, sees a team from TU Delft stand its ground as one of the most successful teams in the history of the sport. They partially pinned their success to having access to a certain type of 3-D printing called Fused Deposition Modelling (FDM). It works by extruding a reel of plastic through a heated nozzle, melting the plastic building and layers, following a cool down and solidification. With the technology, they are very able to tackle challenges as soon as they arise, tweaking their designs without restarting the whole process. The biggest touch point in the car for drivers is a steering wheel, making it a hot topic of debate for the designers on how it should feel, grip and perform. The spectacular thing is, a 3D printer doesn’t care as much about those geometry limitations as a metal lathe or brazing hearth might. This meant running and re-running the cycle of iteration and testing, and at a faster rate than their competitors, giving them that extra boost in the competition.

A less visible part of the car also saw the benefits of 3D printing. Metal 3D printing, a more familiar technology in the automotive industry, was used to create an integral bracket which connected the steering rod of the inner wheel to the front of the vehicle. The team made this part out of titanium using a process called direct metal laser sintering (DMLS). In this process a thin layer of fine titanium powder on a print bed is melted by a powerful carbon dioxide laser, fusing the titanium together. Due to the powder bed technology of the printer, the geometries that can be made can be extremely complex. Having a complete bed of powder sintered means, similar to the engine a Rolls-Royce, doesn’t require complex support structures. Overall, less material lowers cost, making a faster car with more wins. SmarTech’s prediction is that 3D printing in the automotive industry will be worth $1.1 billion a year by 2019.

You’ve always wanted to 3D print ice-cream, right – no? Well tough, it’s been done by MIT anyway. This is one of the more recreational uses of 3D printing but, in the same vein, imagine being able to finally have that Goldilocks phone case with perfect comfort in hand, good aesthetics and great resistance to knocks – you can do that. As 3D printing becomes more accessible to all ages and continues to see development in a greater range of materials and geometries, applications will become apparent in industries even unheard of. Formula Student in the upcoming years is sure to be a hotbed of innovation and I’m excited to see how the cars develop alongside technologies available. I have real courage in the future of this technology and its ability to help the future happen in the present – I bet it won’t be too long until you’ll hold a 3D-printed part too. 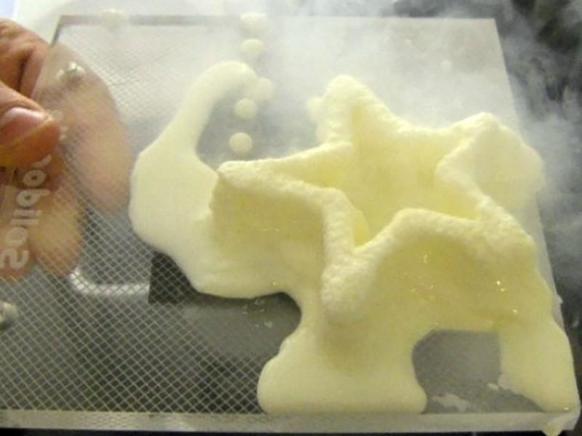 Tito is a Gap year student and recently graduated from High School after studying Further Maths, Mathematics, Physics and Design & Technology at A-level. He is passionate about STEM and loves to make things in this free time. He is hoping to become a Mechanical Engineer to work on ground-breaking projects that help change the world.