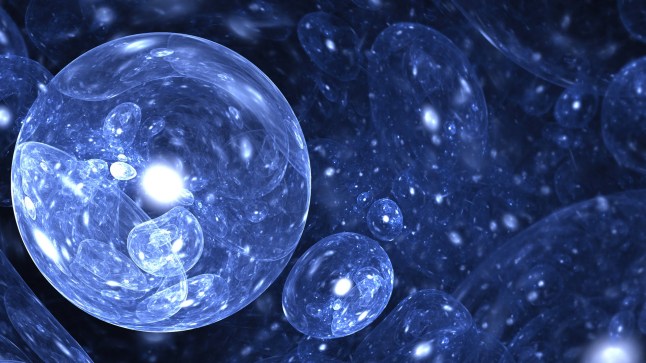 In the previous post I introduced the Many World’s hypothesis of Quantum Mechanics which is a possibility of parallel universe. Exploring possibilities of what types of parallel universes could exist may sound like science fiction however like time travel and teleportation, the idea of parallel universes is often the subject of mathematical and experimental investigation. In a recent episode of Star Talk, Michio Kaku mentioned the joy of trying to defy the impossible in his everyday job as a theoretical physicist.

The quilted universe hypothesis is probably one of the easier ones to understand as its foundation is built on the assumption of an infinite universe and the consistency of physical laws. I like to think of the universes as areas in an infinitely large patchwork quilt multiverse. Because the Universe is infinite then there are regions outside our cosmic horizon of the observable universe. Thus it is reasonable to say that everything in our observable universe is bound to repeat at some point in time yielding an infinite number of every possible assembly of atoms. 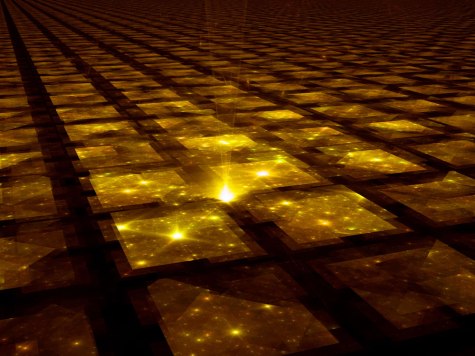 However these separate parallel universes are so far away we will never be able to see or interact with them as there is a limitation for the speed light travels at; it is not instantaneous.

The inflationary multiverse model is based on the concept of eternal inflation. Cosmic Inflation is thought to have happened shortly after the Big Bang. It is a period of exponential expansion that occurred in the early universe due to quantum fluctuations. Eternal inflation is a theory that supports the emergence of an infinite number of bubble/pocket universes through rapid exponential expansions of different regions of space with false vacuums. 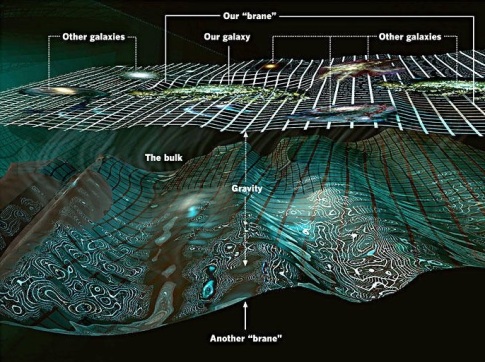 The brane multiverse hypothesis is introduced by a candidate of the grand unifying theory; String theory. There are nine spacial dimensions within the mathematics of string theory which leads to a discussion regarding the possibility of our three-dimensional universe being embedded within a larger multiverse of many more three (or more) dimensional universes that stack right on top of each other in a higher dimensional space suggesting objects in our universe would not be able to interact with them because of our limitations to only three dimensions. In “The Hidden Reality” Brian Greene portrays this type of multiverse to be “like a slice of bread within a grander cosmic loaf”.

The landscape multiverse arises from the combination of String theory and eternal inflationary theory. String theory landscape proposes the possibility of different fundamental laws and cosmological constants. Through eternal inflation of the multiverse, bubbles that emerged from the decaying of a region of false vacuum with different and distinct physical parameters from ours. 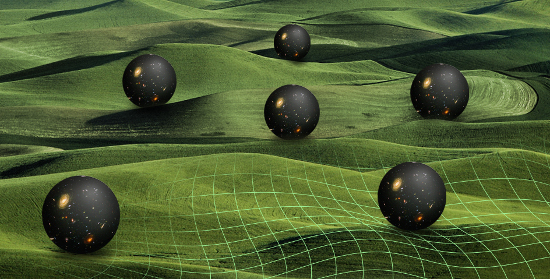 The image above shows the “landscape” in terms of the valleys being regions of space with low energy density, i.e. the universes themselves, and the mountain tops being the regions of high energy density. 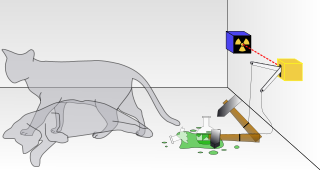 This type of multiverse is often mentioned as the Many Worlds interpretation of Quantum Mechanics. I explained some basic concepts that make up the foundation of Quantum theory and this interpretation in the last post. In attempt to explain the absurdity of superposition of objects within the quantum realm the idea of “spitting of the universe” is hypothesised. Instead of the collapse of wave function of the electron, according to the hypothesis an identical electron in another universe comes into existence so that both outcomes occur, just in separate worlds. Essentially each occasion of quantum activity spawns a new parallel universe.

This brings up something very interesting about our universe itself that is, could we be living in a computer stimulation that is controlled by a twelve-year-old child from the far future? It’s difficult to say as computer stimulations can precisely mimic reality for the form of life within the programme. As technological advancement progresses, we may eventually get to the point where it is possible to stimulate each and every little detail of our own universe, thereby creating another universe of similar complexity.

This absurd and mind-blowing proposal suggests all universes of each and every mathematically possibility are real and repeat infinitely. Erm…I think I should stop here.

Despite this there is currently no experimental evidence – well you could say there are mathematical proofs though most of the time they are not what people look for – to support any parallel universe hypothesis thus the subject is very speculative. Even so, the wonder of different realities is super intriguing and through the advancement of physics we may soon be able to get more clues about the truth of parallel universes.

Susan is a 5th year high school student currently studying three STEM subjects at Scottish Higher level-Mathematics, Physics and Chemistry (Crash Course). She particularly loves ideas in cosmology and hopes to embark on an academic journey in the area of theoretical physics.